In November 1934, after news reached The Derry Journal of a mystery light that had been appearing with alarming frequency over Killhill, a townland near Letterkenny in County Donegal, they sent a man to investigate. A lone reporter? Standing on a lonely hillside waiting for a strange light to appear? You could be forgiven for thinking it was Keel.
The story of the regular nightly appearance of a dazzling light has aroused a good deal of interest and excitement in the Letterkenny neighbourhood. The district to which the mysterious illumination appears to be the visitant is Killhill, in the lonely countryside connecting the town with Trenta.
On hearing the remarkable story, our representative this week set out to try and obtain some first-hand information for himself. He was reliably told of a particular spot in the vicinity of Glencar waterworks from which the light could be clearly seen almost nightly, at frequent intervals immediately after night-fall. He went to the spot, and, whilst awaiting eventualities, discussed the matter with a youth whom he casually met. What he heard fully bore out the story of a seemingly unearthly visitation, which, it appeared, began to manifest itself as far back as two years ago. The light had become such a common spectacle in that district, he said, that people had now practically ceased to comment on it! This place is two miles from the spot where the light is claimed to be located.
Our representative waited for almost twenty minutes, by which time he got a little impatient, as well as a trifle sceptical of the awesome tale he had heard of the light. The youth assured him that the light had been brilliantly visible the night before and he seemed genuinely surprised that up to that hour – 9.20 – it had not yet shone forth! In the meantime the youth was called away, and our reporter was on the point of abandoning the quest for the light – at least until some other occasion. He had actually proceeded some hundred yards in the homeward direction when, with dramatic suddenness, a brilliant light revealed itself at the precise spot that had been indicated to him! It seemed to be a highly powerful light, casting an extensive reflection, and remaining for the most part stationary. At times, it became partially obscured: then disappeared; then reappeared: then moved fitfully to either side; then again became lost in the darkness of the night.
Residents of the Killhill district, questioned on the subject, conveyed the impression of belief in the mysterious nature of the light. It was stated that certain parties on the road become confronted with it, and that eventually after pursuing a rapid and devious course, and assuming various proportions, it promptly vanished from sight. Others acknowledged having walked the particular road at all hours of the night, but never seeing anything unusual. A few people chose to ridicule the idea of there being anything unnatural in the light, for which they assigned explanations, most of which, however, seemed to be unreasonable and far-fetched.
It is only within the last week that the story of the Killhill illumination has become generally known in the town, and now it is a frequent and animated subject of discussion and controversy. Numbers of people have expressed a determination to try and establish definitely the authenticity or otherwise of the story by going to the actual spot at midnight and other hours of the night.
As it is the mystery is, well, still a mystery.
Source:
The Derry Journal, 30 November 1934
Labels: donegal mystery lights 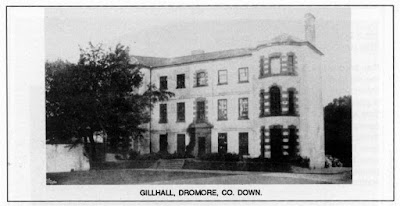 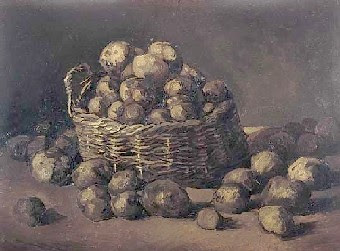