Forteana in the Time of Cholera

Cholera came to Ireland in the spring of 1832. In June, as the disease raged through the country, the Dublin Evening Post reported that New Ross, County Wexford, one of the worst affected towns, had been destroyed – by a star.
CURIOUS CIRCUMSTANCE
On Tuesday afternoon the neighbourhood of Rathfarnham was thrown into some consternation, by the arrival of several men and boys in breathless haste from the mountains, with information that the Town of New Ross had been burned the previous night by the falling of a star, this they declared had been pronounced by the Priests as a manifestation of the vengeance of God, now showing itself by the scourge of the cholera.
These men each carried in his hand seven pieces of turf, they left a piece in seven houses, directing the inmates to burn them and repeat certain prayers so long as they lasted; they declared the information they brought had been conveyed across the country, as they were bringing it, each person going to seven houses, and starting a person from each to visit seven other houses at the next village.
The Police thinking there was something mysterious in all this, apprehended two of the men and conveyed them to Dublin, when they were examined at the Head Police Office, and as they evidently knew nothing more than they declared, and could give no reason for their going on so foolish an errand, they were discharged.
Some alarm was created in the minds of many persons, lest mischief should be concealed beneath this apparent folly, and considerable watchfulness was displayed in the neighbourhood during the night.
Whatever might have been the origin of this strange movement, it appears to have extended through the counties of Cork, Waterford, Wexford, Kilkenny, Wicklow, and Dublin. A gentleman who left Cork on Monday states, that flying messengers were to be seen in all directions along the road; the story south of Carlow being, that a star had fallen and burned Buttevant – they also carried pieces of burned paper in place of turf. The Kilkenny Journal gives an account of the arrival of some of the messengers in that city late on Monday evening, carrying turf, and giving the same kind of warning that they gave near Dublin, but says nothing of a town having been burned – so that the story lost nothing by the carriage to Dublin.
Probably in a day or two we may hear the origin of all this; at present it is not known where the mission commenced.
Source:
- Dublin Evening Post, 14 June 1832
Labels: blessed turf cork dublin kilkenny panics rumours waterford wexford wicklow 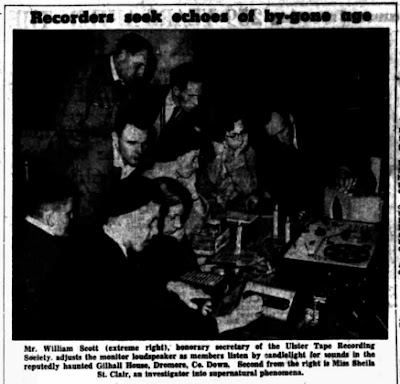